Montpelier, VT – The Vermont Sustainable Jobs Fund (VSJF) announces the appointment of Noelle MacKay of Shelburne and Dustin Degree of St. Albans to its Board of Directors. VSJF is a nonprofit organization focused on sustainable economic development in the agriculture and food system, forest product, waste management, renewable energy and environmental technology sectors. 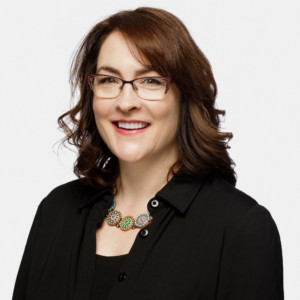 Mackay currently works as the Chief Operating Officer for the Regulatory Assistance Project (RAP), a global NGO focusing on energy and climate policy, overseeing efforts to support and enhance the organization’s creative and collaborative culture. Before joining RAP, she worked at the City of Burlington as the Director of the Community and Economic Development Office (CEDO) where she encouraged fair and equitable development, supported economic development as well as moved major projects forward. Before CEDO, she served over five years as the Commissioner of Housing and Community Development for the State of Vermont under Governor Peter Shumlin. During her time with the Department, she led community and economic development recovery efforts after Tropical Storm Irene hit Vermont; collaborated with policy and funding partners to increase program impact; and directed efforts to update state regulation in order to support development in our downtowns and villages, encourage affordable housing and protect working lands. Prior to her appointment, Noelle served as Executive Director of Smart Growth Vermont and as Deputy Director of the Stony Brook Millstone Watershed Association in New Jersey.

“Noelle is passionate about land use and believes that how we protect, steward and develop our land impacts all facets of our lives,” said Ellen Kahler, VSJF Executive Director. “We are looking forward to bringing her forward-thinking perspective to the Board.” Degree is Special Assistant to the Governor and Director of Workforce Expansion as well as Executive Director of the Vermont Workforce Development Board. A member of Governor Phil Scott’s Sr. Staff, Degree leads and helps coordinate the state’s interagency efforts to add people and skills to the labor force. In the past, he served as Executive Assistant to Governor Jim Douglas, and later served in the Vermont House of Representatives from 2010-2012 and in the Vermont Senate from 2014-2017 representing Franklin County. Degree served as a Policy Advisor to Governor-elect Scott from November 2016 until the 2017-18 biennium opened in January 2017 when he was unanimously selected by the Republican caucus to serve as Senate Minority Leader. Later that year, he resigned from the Senate to accept his current appointment. A 2003 graduate of Bellows Free Academy, 2004 graduate of the Tilton School and attended both Norwich University and the University of Vermont, Degree is a lifelong resident of St. Albans, VT. He is a Justice of the Peace, member of the Board of Civil Authority, Vice President of the St. Albans Skating Association and a volunteer youth hockey coach, and serves on the Board of Incorporators for the Northwestern Medical Center.

“Many of the businesses in the sectors within which we work are struggling to find enough workers to fill existing positions and support their expansion plans. Dustin’s perspective on and project work to expand Vermont’s workforce will make him a valuable addition to our Board.”

To learn more about VSJF and the organization’s mission, visit www.vsjf.org.

About The Vermont Sustainable Jobs Fund: